I came upon a couple of more articles and another picture about the Foreign Legion visit to the United States as part of the 4th Liberty Bond promotions.  I made a previous post about this visit in March.  New France magazine was a (mostly) English language American-French friendship magazine (later renamed Victory) that published lots of interesting articles promoting cooperation and friendship between the two countries during the first world war.  The last page on the .pdf below is from the Cincinnatian Magazine about the visit that the Legion made to that city on 08 Oct 1918. This short but concise article gives a pretty good breakdown of the 110 Legionnaires and 12 Legion Officers on this delegation. 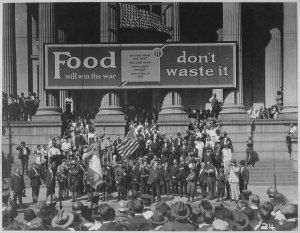 Retired Army.
View all posts by Jack Wagner →
This entry was posted in Articles, History. Bookmark the permalink.