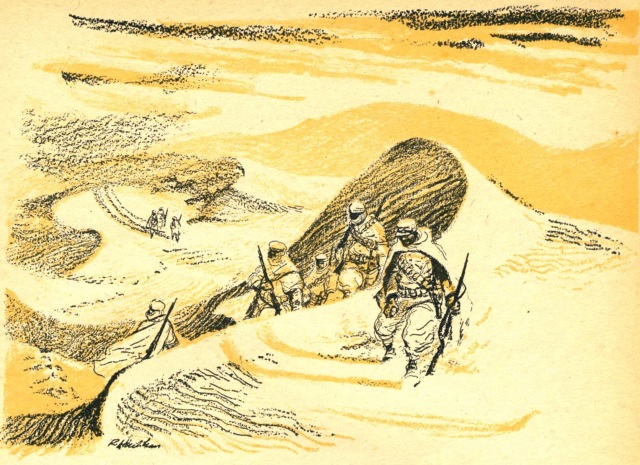 This month’s Foreign Legion pulp story is actually about the French Camel Corps and their battle with the Senussi rebels in the far eastern Saharan Desert.  It takes place after WWII and concerns the actions of 8 surviving members of a platoon, recently blooded in a clash with the Senussi, who take the fight back to their enemy instead of returning to their fort.  Robert Carse, the author, shows off his expert knowledge of the subject and writes an exciting yarn about professional rivalry between a veteran Sahara NCO and his commanding officer (both former Legionnaires).  It appeared in the July 1951 Blue Book.