New Adventures of Sherlock Holmes: Murder in the Casbah 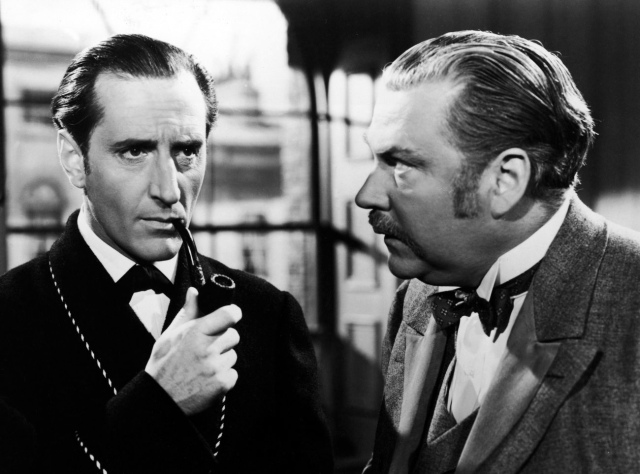 I recently stumbled upon a nice old-time radio episode from The New Adventures of Sherlock Holmes which features the famous duo traveling to North Africa to solve a case of a missing person who may have joined the French Foreign Legion (to disappear of course).  The show features the voices of Basil Rathbone and Nigel Bruce–the same actors who stared in several of the feature length Sherlock Holmes films.  I grew up watching these movies on Chicago’s WGN Sunday television line-up which also featured Charlie Chan and other notable detective heroes of the silver screen.  Just hearing these voices brings back some nice memories.   The script can be found here and information about the radio show here.  You can listen to this episode at the Internet Archive or by clicking the link below.

Retired Army.
View all posts by Jack Wagner →
This entry was posted in Radio Play. Bookmark the permalink.

3 Responses to New Adventures of Sherlock Holmes: Murder in the Casbah