This month’s pulp fiction story is from the May 1957 edition of Ken for Men which was one of the many titles of  “Men’s Real Adventure” genre of magazines that proliferated in the 1950’s – 1970’s.  It flagrantly and luridly fictionalizes the real life of writer Isabelle Eberhardt.  Eberhardt was associated with the Foreign Legion in several instances of her time in North Africa.  Her half-brother joined the Legion in 1888 and she moved to Algeria shortly after and began her unique career as a writer, reporter and activist on behalf of the native inhabitants of North Africa under French rule.  This got her kicked out of Africa until she married an Algerian Cavalry NCO, gained French citizenship and returned to her adopted land.  She was also a war reporter that covered the incidents surrounding the battle of Moungar in 1903.  I believe she also acted as a nurse to wounded legionnaires that were brought back to the hospital in Aïn Séfra after that battle.  She died tragically in the massive flood that hit Aïn Séfra in 1904.  …and if you read the story, as tragic as her life was at times and the fact she was abused by French officers, I’m pretty sure she was not dragged behind a horse for two hours by sadistic Legionnaires.  This embellishment and the sexual undertones are simply the spice and flavor you will find in these type of magazines.  If you are interested in the real Isabelle Eberhardt you can find many leads on her at this link.  There is also a movie on her life.

The Legion’s Most Wanted Woman

From the website Mens Pulp Mags I found out that “Ken for Men was one of many postwar men’s magazines published by pulp mogul, Martin Goodman. It was one of his “Diamond Group” of men’s mags, along with Stag, Male, Men, Man’s World, For Men Only and others.” 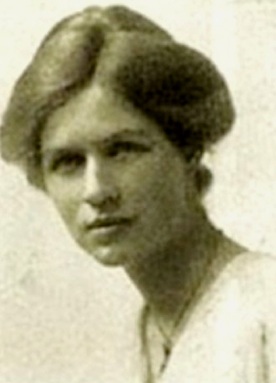 Retired Army.
View all posts by Jack Wagner →
This entry was posted in Uncategorized. Bookmark the permalink.