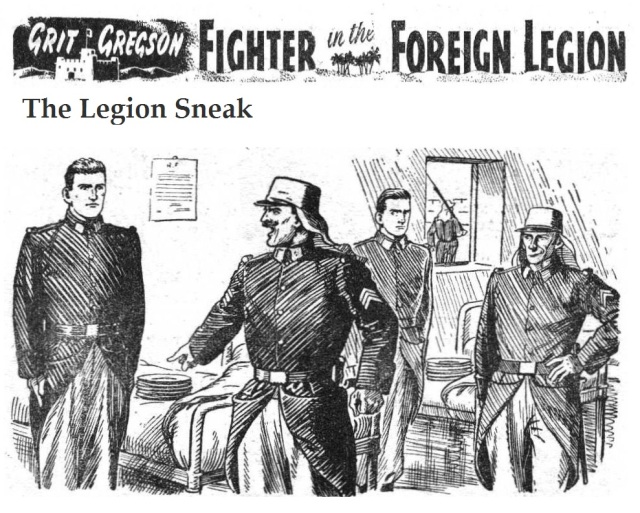 Here is another installment of the Grit Gregson: Fighter in the Foreign Legion series that appeared in the UK comic Lion.  This one in the 20 Feb 1954 issue.  This two pager features the classic snitch character common to military fiction.  In this story he is Corporal Snitz.  In Beau Geste the snitch was Boldini.  Actually, I think every military organization in the world from around 2,000 B.C. to 2014 has had a snitch.  When I was in Army basic training, back in 1984, there were two hillbillies from Georgia who thought they had a special connection/relation to the Drill Sergeant from the same state.  They were suspected of getting special treatment because of their shared “southern” heritage.  Unfortunately for them our drill didn’t tolerate the “good ole boy” racist comments they made about other recruits and the last I saw of the Georgia boys was them starting basic training all over again in another company.