Legion Pulp: When the Dead Arise 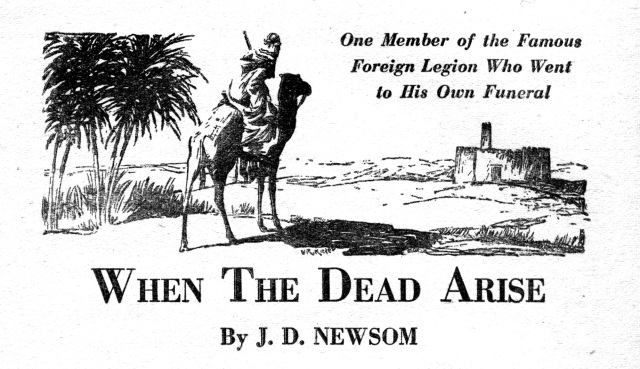 Here is a Foreign Legion tale by J. D. Newsom that first appeared  in the 10 January 1930 issue of Short Stories and again in the January 1951 issue (when the dying magazine was relying on reprints).  Newsom was a prolific writer of various pulp fiction genres but had an affinity for writing sometimes outrageous adventures set in the French Foreign Legion.  More so than Georges Surdez and Robert Carse, the other two major Foreign Legion fictioneers, Newsom’s tales would often depict fictional last stands of Legion detachments where there are only a handful of survivors left to be rescued by a relief column.  When the Dead Arise sticks to this formula.  (Thanks to SAS/JVH for the scan from the 1951 issue).

When the Dead Arise

4 Responses to Legion Pulp: When the Dead Arise