Grit Gregson: Ambush in the Valley of the Moon 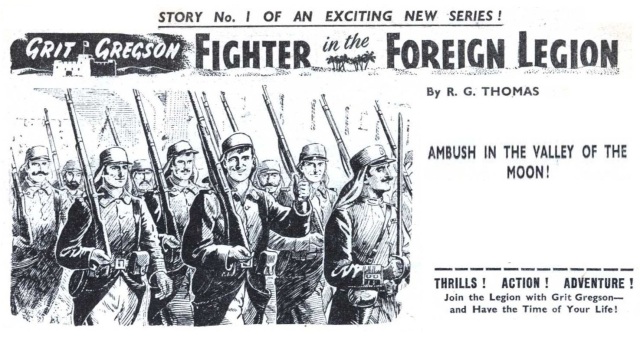 Camerone Day is coming up fast and I’m a bit flat footing on my celebratory blog postings so here is the very first Grit Gregson feature that appeared the U.K. comic Lion (#096 dated 19 December 1953).  Legionnaire Gregson appeared in Lion for less than a year ending in mid-1954.  I’m not sure how many total Grit Gregson pieces there are–my digital copies of Lion with Gregson end at #121 and my next copy is #137 which does not have the Gregson feature.  So my best guess is that there were between 25 to 35 Grit Gregson adventures.   (Thanks goes to the usenet poster who uploaded these comics so long ago).