Epic of the Foreign Legion (WWI)

Here is an article that I’ve had laying around for some time but had assumed it was already posted.  It is a chapter (page 27) from the book Deeds of Heroism and Bravery: The Book of Heroes and Personal Daring by Elwyn Alfred Barron which was published 1920.  In this book there are dozens of amazing stories of WWI combat and daring adventures featuring soldiers, airmen, sailors, spies, nurses, and ambulance men.  This article does a good job providing some first hand anecdotes of the early actions of the Foreign Legion as recounted by American legionnaire Edward Morlae.  The last chapters under the heading “Dare-Devil Fighters from the Paris Slums” address the Battalions D’Afrique / Joyeux and their heroic actions in the trenches.

Epic of the Foreign Legion

Here is another copy of this photograph from the August 1917 issue of Scribner’s magazine. 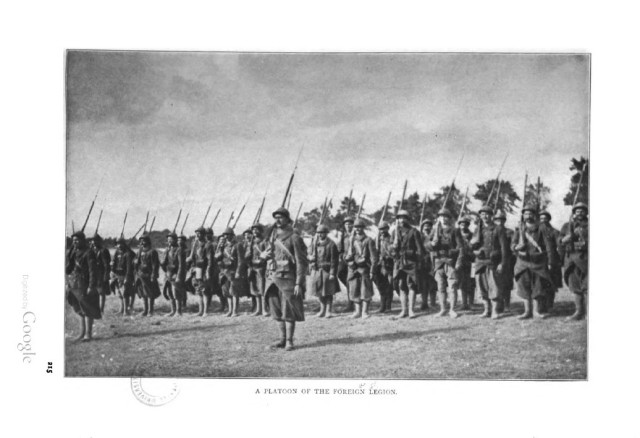 Retired Army.
View all posts by Jack Wagner →
This entry was posted in Articles. Bookmark the permalink.

3 Responses to Epic of the Foreign Legion (WWI)