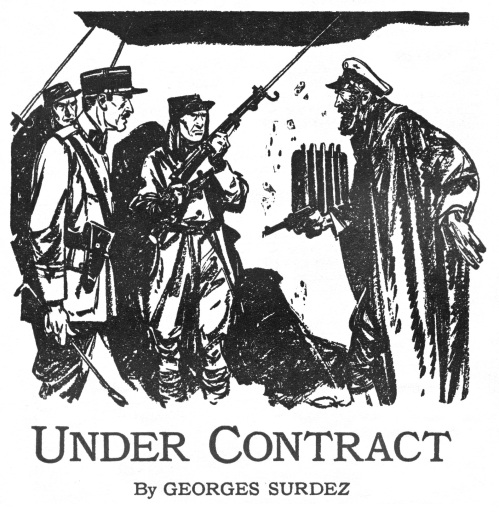 I hope nobody is getting tired of Georges Surdez because the pulp story for September is yet another Surdez tale that appeared in Adventure Magazine (October 1938).  It is not that long at 11 pages but is a good one nonetheless.  It is told by an narrator who relates the time in the Foreign Legion when German legionnaires in North Africa were suspected of having split loyalties during World War I.  They were kept from joining the Legion units fighting in France and had little option but to stay in the African Legion and give their best because they were “under contract”.  Surdez takes it a bit further and introduces a French officer fresh from the trenches who is not very fond of the boche in his command which is just about all of them.

2 Responses to Legion Pulp: Under Contract